Samoa is a group of Pacific islands located in the heart of Polynesia. Its two main islands are situated approximately halfway between Hawaii and New Zealand. Samoa is a member of the British Commonwealth, the United Nations, the International Monetary Fund, the World Bank and the Asia Development Bank. The judicial system is based on English common law.

- An independent sovereign nation with political, economic and social stability.
- Substantial tax advantages
- User-friendly to Asian investors – a company can be registered with a Chinese-character name, and other foreign languages are permitted in addition to the English-language name of the company on the Certificate of Incorporation
- Samoa’s legislation has strict confidentiality and secrecy provisions, sanctioned by heavy penalties written into each of the Acts forming its legal basis 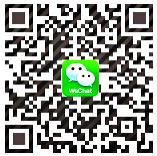